The sheer willingness to built, produce grow and constantly improve has always been the driving force behind ORION ever since its first days. It gives me great pleasure to share the past history of this Company and shall be honored to be part of its future, through hard work, dedication, improving quality, technologies and client satisfaction. 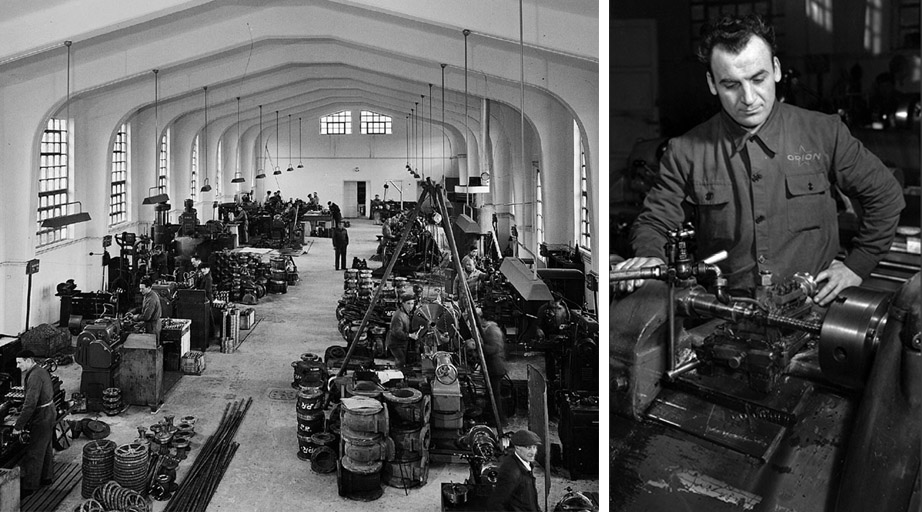 The FARINA family is involved in the management of several companies in oil, gas and energy industry, through the production of pipes, flanges, fittings and valves.

The birth of ORION also has its roots in a family enterprise; it was in fact thanks to two brothers from Trieste, operating in the naval industry (ship engines maintenance), that ORION started its activity back in 1950.

During these years Italy as a whole and Trieste in particular are struggling to recover from the post war traumas. Almost everything was imported at the time, and Italy was not exactly playing the leading role in the energy sector. Nevertheless the entrepreneurial spirit of the two brothers was the force behind “THE MIRACLE”.

The opportunity that marked the turning points was when the modest machine started working with a refinery that at the time was buying valves from the U.S.A.

Thanks to the good relationship with the refinery the two brothers managed to get some drawings and normative for the construction of valves. By 1953 the Company set up the small machine shop includes on foundry and one forging unit. In 1958 ORION, for the first time, operates a complete cycle of valve production.

Along with the trend of those years, ORION developed a truly integrated activity, from raw material to finished goods: the total number of employees rises to 600.

At the beginning of the 1960’s new partners joint the two brothers in their enterprise: amongst the most important ones was undoubtedly an American Company, already a worldwide known valve manufacturer.

At the beginning of the 1960’s new partners joint the two brothers in their enterprise: amongst the most important ones was undoubtedly an American Company, already a worldwide known valve manufacturer.

It brought into ORION a significant step forward. ORION remains American until 1965, when an international crisis and the collapse of the market forced the American Company to leave the management. 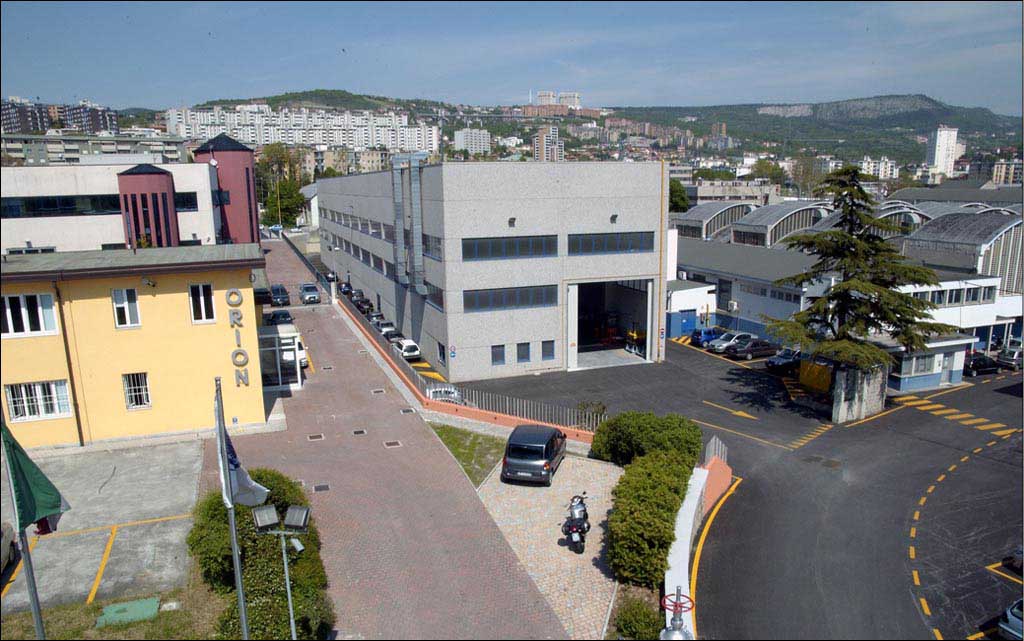 The political and social impact of ORION in these years is as great as the economic one: we must consider that more than 400 families depend on ORION and it is not surprise that public regional and national companies such as assurance’s one and local paper-mill became shareholders.

Eventually, however, it was once again a well known and respected family from Trieste that take over the management of ORION and successfully lead the Company until 1983. Unfortunately, after the death of the owner in the same year, no valid succession within the family takes place, and ORION is saved by a group of foundries, which see an opportunity to re-create a wholly cycle, from raw to finished products.

In 1996 ORION is purchased by the FARINA Group. We look forward, through a continuous effort, to a prosperous future, and ideally joint forces with all management, administration and particularly all employees, past and present for a common success.

Let me take the opportunity to thank all those who are dauly involved in the growth and constant improvement of the ORION name. 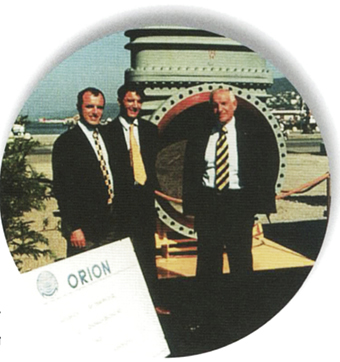 IN ORDER TO CORRECTLY ESTABLISH THE HISTORY AND THE HERITAGE OF THIS COMPANY, WE NEED TO GO BACK TO THE 1950-S. I HAVE DONE THAT, BY SEEKING THE HELD OF THOSE WHO HAVE LIVED WITH ORION OVER THE YEARS, AND HAVE WITNESSED THE VARIOUS CHANGE IN THE PEOLPLE, EVENTS, SCENARIOS AND EMOTION THAT ARE AT VERY BASIS OF WHAT I CAN DEFINE, WITHOUT BEING ARCAIC, THE "ORION IMMORTALITY".